Felt so good today to catch some crisp autumn air in a beautiful spot outdoors. LittleP got very muddy… her foot got stuck in the mud, I lifted her out and her boot was left behind! Her lovely new Clarks boots! All was OK in the end. Anyway – it put me in such a good mood. Being in nature is definitely something we should ALL do as often as possible. Just as often as we can. It’s awesome just to breathe it in, soak up the colours, textures and smells.

We saw a fantastic bird of prey in the sky doing a hovering thing in one spot, and we met a lovely horse. We learned about nettles and moss, made a face out of random bits from the ground, broke up some rotting bark, and played with long grass reeds. We hid under the leaves of the forest canopy whilst we ate some snacks and talked about the rain. All in the shadow of a massive wind turbine, whirring around. 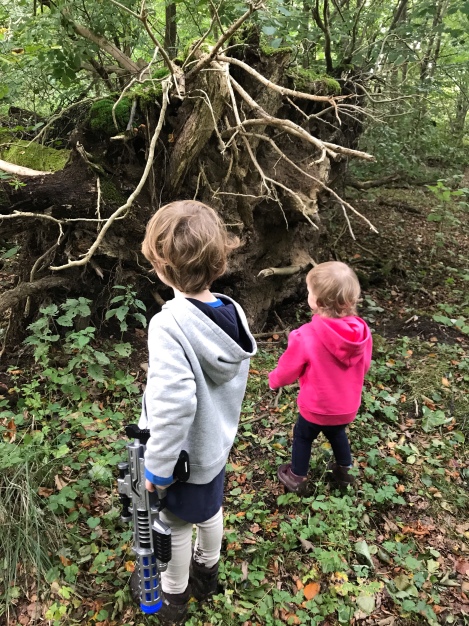